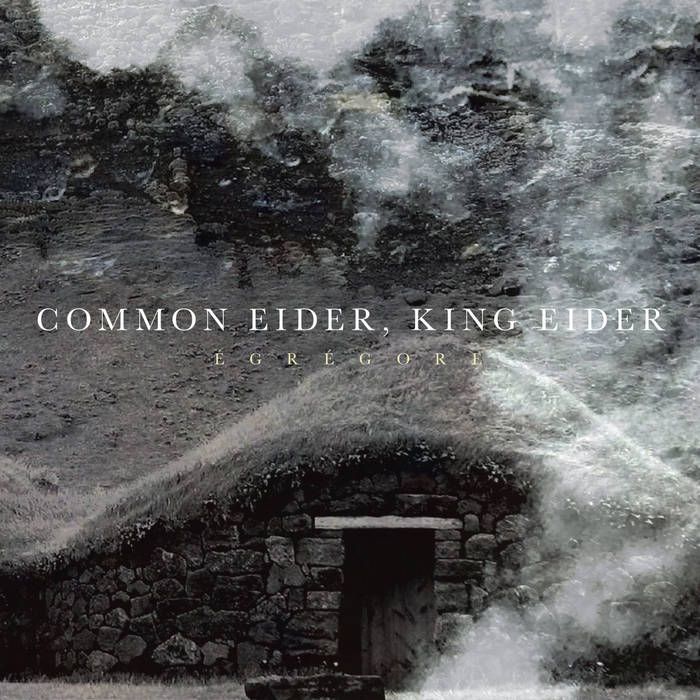 Égrégore is a ritual collaboration between B.S.s. (Common Eider, King Eider, Badgerlore / Six Organs Of Admittance collaborator) and Arexis (La Breiche, Coume Ouarnede, Stille Volk, Ihan)... and all of the spirits of the Pyrenees present during those Dark Moon Rituals, wishing to speak.

Born under May's New Dark Moon in 2018, born in secrecy, in darkness, in Ritual. Born in a tiny cabin in the Pyrenees of France... Born in humbleness... in friendship. Born to offer voice to the stones and waters and stars and all the spirits of that land. Born to summon... Born to give thanks.

Rituals documented late into the night and early morning hours. Black moon... Black Mother... Voices captured whispering, wailing, lashing out. Rocks ground together, bundles of branches channeling voices hanging in the air, wishing to be heard, but spoken with a foreign tongue. Bells ring to both banish and invoke. Antlers scratching... mapping a direction... drawing digits. Voices speaking of loss, of longing... of hope, of despair. Voices singing of the broken relationship with the land and spirits. Voices screaming for repair and reciprocity.

Recorded live using electronics, rocks, antler, branches and voice. Four offerings given as gifts to the black air... the burnt soil... Gifts to the Spirits living in those forests and mountains of the Pyrenees. Dark moon folk magic...

"...there is something quite captivating about this. It is music that leaves much room for the imagination... Perhaps as the soundtrack to a folk horror tale, the final, very long scene, in which the village comes together and says goodbye to... the enemy, season, gods, harvest... I don't know, but whatever folklore dictates and it is a scene shot in black and white and there is a small fire to light it. Things happen in the dark but we cannot entirely see what is going on. That kind of feeling is the vibe I get of this" (Vital Weekly)

"...the project's most unsettling missive yet. Deep within Égrégore's creaking lethargy stirs a growing violence which, by the end, you pray won't break the surface... Regardless of your personal stance on things like Égrégores or paranormal rituals, B.S.s. and Arexis are damned convincing – the tracks take as long as they take because that's how long the ceremonies they performed in the Pyrenees took. For all Égrégore's emergent structure and chanted musicality, you could just as easily be eavesdropping from outside the cabin door" (Underscore)

"It would be far too easy to hurl superlatives at Common Eider, King Eider’s latest ritualistic explorations, even though it deserves all of them for its sheer thaumaturgic majesty... it’s the aural equivalent of mind- and consciousness-altering drugs. Gateways, if you will, to parallel realities and universes... There’s no question that Cold Spring have released a blinder of an album, one that seeps into the consciousness and invades the brain cells, to linger long after the final bell fades away" (1208 North Fuller Ave Apt 1)

"...enter the labyrinth of 'Egregore', Common Eider/King Eider's new album at your own risk!... Fans of ritual dark ambient and sonic heaviness will love this album whose impact is similar to that of a whispering voice which is transformed from a calming agent to a sinister one. The mental image of a burning fire was often formed while listening to this album while the curious, yet fleeting image of a character that either 'feeds' it or lets it settle, was also passing through..." (Blaue Rosen)